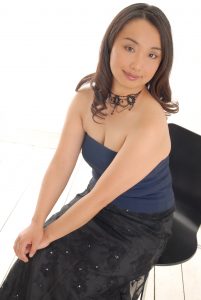 Harpsichordist Masumi Yamamoto was born in Osaka Japan, grew up on Australia’s Gold Coast and has been based in the UK since 2001. She has appeared at the Purcell Room, the Royal Albert Hall, St. John’s Smith Square and Cadogan Hall as soloist and continuo player. Recent concerts have taken her to France, Germany, Norway, Spain and Italy, and she has also performed as far afield as Malaysia, Japan and Australia. Masumi was a prize winner at the prestigious International Harpsichord Competition in Bruges in 2007. She was also a semi-finalist in the International Johann Sebastian Bach Competition in Leipzig (2006), a runner-up in the Broadwood Harpsichord Competition in London (2007), and the winner of Fenton House Keyboard Ensemble Competition (2012) with ensemble The Akenside Players. A recital in London was given a four-star rating in The Independent: “her tempi follow the pulse of the heart, and her ornamentation is as natural as breathing”.

Masumi graduated with a University Medal from the Queensland Conservatorium Griffith University in Brisbane Australia studying piano with Leah Horwitz and harpsichord with Huguette Brassine. In the UK, she studied at the Royal Academy of Music, then at Trinity College of Music with harpsichordist James Johnstone and was later “The English Concert” Junior Fellow with ensemble Melopoetica. She completed her PhD at the University of York.

More recently, Masumi made concerto appearances with London Concertante, Solisti Divini and the Keld Ensemble in the UK as well as with the Soloists of London in Spain and Paulus Barokk in Norway. She has appeared on BBC Radio 3 and ABC Classic FM. Her future engagements include solo, chamber and concerto performances in Japan, Spain, Norway, and within the UK. Masumi is the Artistic Director of a concert series ‘Sydenham Concerts’ launched in February 2016 which specialises in Baroque repertoire.

Masumi is also a keen teacher, and has given lessons and Masterclasses at Yong Siew Toh Conservatory of Music in Singapore and Queensland Conservatorium Griffith University in Australia. Masumi is Teacher of Harpsichord at St. Paul’s Girls’ School.