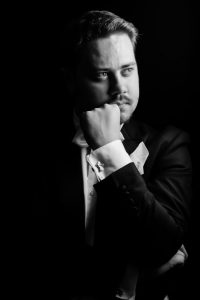 Bassoonist Tonko Huljev was born in 1986 in Šibenik. As a child he began to play the piano and at the age of thirteen also the bassoon. Until his studies he was under the mentorship of his father Damir Huljev. In 2004 after a successful entrance exam, he began to study at the University of Music in Munich in the class of prof. Eberhard Marschall.