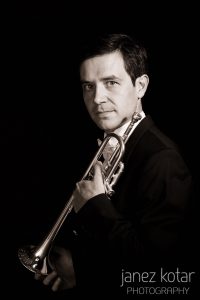 Jure Gradišnik graduated from the Academy of Music in Ljubljana in the class of prof. Stanko Arnold and later continued his studies at the Mozarteum in Salzburg with prof. Hans Gansch. He has won many awards at national competitions, including a Yamaha scholarship in 2003. In 2005, he received the Prešeren Student Award for his performance of H. Tomasi’s concert with the Slovenian Philharmonic.

Since 2004 he has been teaching at the music school at the Institute of St. Stanislava, in 2011 he became an assistant and in 2015 an assistant professor at the Academy of Music.