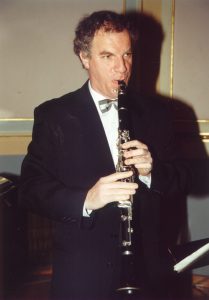 Željko Milić graduated in clarinet in 1982 at the Faculty of Music in Belgrade (Milenko Stefanović), participated in state competitions as a student – in 1976 he won the first and special jury prize as a member of the clarinet quartet. In 1977 he won the first prize and was named the best contestant in a group of wind instruments, in 1981 he won first prize at the Music Academy Competition, second prize at the 1986 Clarinet Competition, and a special prize at the International Music Youth Competition for performing works of the 20th century. He performed with great success as a student.

He teaches at the Academy of Arts in Split, and is the head of the Department of Wind Instruments.