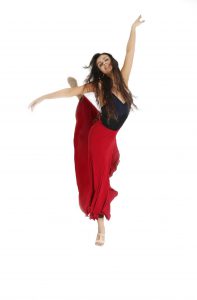 Daniela Vega was born in São Paulo, Brazil. Her education began at the age of six with piano and ballet lessons. She completed her classical ballet training at the Royal Academy of Dance and her bachelor / singing at the São Paolo State University. In Brazil she was permanently employed at the Choir of the Symphonic Orchestra of the State of São Paulo and played leading roles in musical productions, among others in The Phantom of the Opera, The King and I and West Side Story. Between 2010 and 2012 Vega was a fellow of the DAAD and studied in the master’s degree program / song interpretation with Prof. Mitsuko Shirai and Hartmut Höll at the University of Music Karlsruhe. In 2011 Daniela Vega along with the pianist Melanie Bähr won the competition of the Cultural Fund Baden e.V. and the German university competition (2nd prize) in the category Lied duo. From 2012 to 2014 she studied in the graduate recital program / Lieder with Prof. Shirai and Prof. Höll at HfM Karlsruhe. She completed her graduate recital with distinction. In 2013 Daniela Vega and pianist Hsu Chen-Su received a grant from the Arts Foundation of Baden-Württemberg as a Lied duo. As a soloist Vega was invited by 5th IKOMA International Music Festival 2014 in Japan, the Festival Rising Stars! 2014 and the Pro Arte – Königsbacher summer concerts 2015 She has presented her staged chamber music project “Sans Frontières” with great success to the audience: “Fabulously versatile … sovereignly the young Brazilian united song, dance and drama to a fascinating work of art” (Badische Latest News , 19/05/2014). In 2015 together with her ensemble, she recorded the CD CAMPUS LATINO in collaboration with the University of Music Karlsruhe and the Art and Culture Foundation of the Sparda-Bank Baden-Württemberg. In 2016 Daniela Vega as a soloist and with her ensemble performed for the concert series of the Hamburg Association of Friends of Chamber Music in Hamburg, at La Côte Flûte Festival in Switzerland and in Schloss Reinbek in Reinbek.